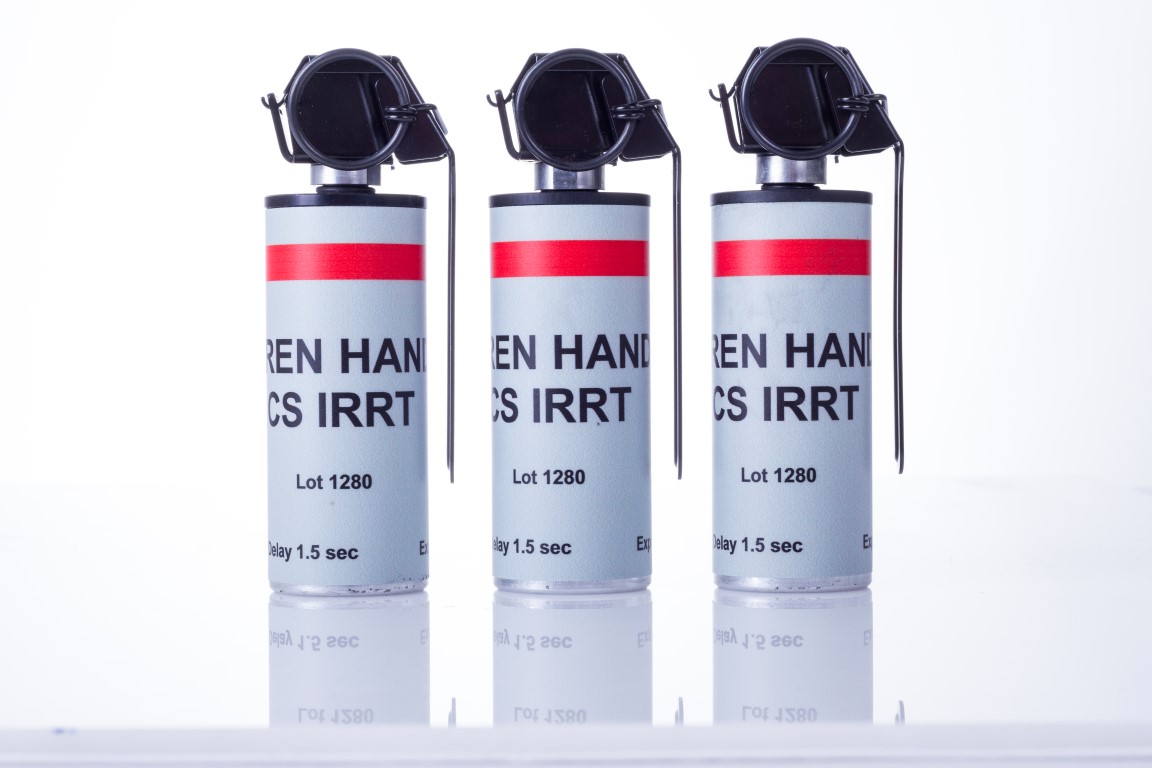 The CTX Irritant Dispersal Grenade with Flameless Expulsion is designed specifically to deploy sensory irritant material without the risk of fire. The body comprises of an extruded aluminium casing and proprietary fly off lever mechanism. The sensory irritant composition is emitted via a single exhaust port in the base of the unit. The unit is available in 40 or 50mm diameter, making it ideal for both indoor close quarter and outdoor exposed conditions.

As soon as the grenade leaves the hand, the fly-off-lever is released, allowing the hammer arm to function. The hammer in turn initiates the primer cap, functioning the grenade via the internal delay fuse element which in turn deploys the irritant. 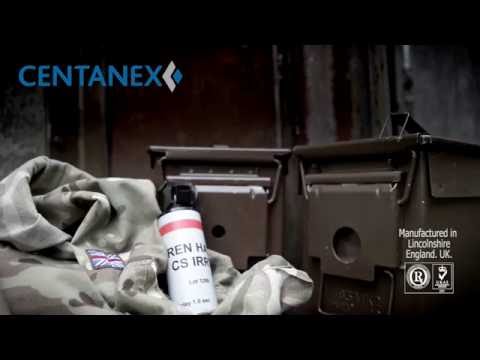