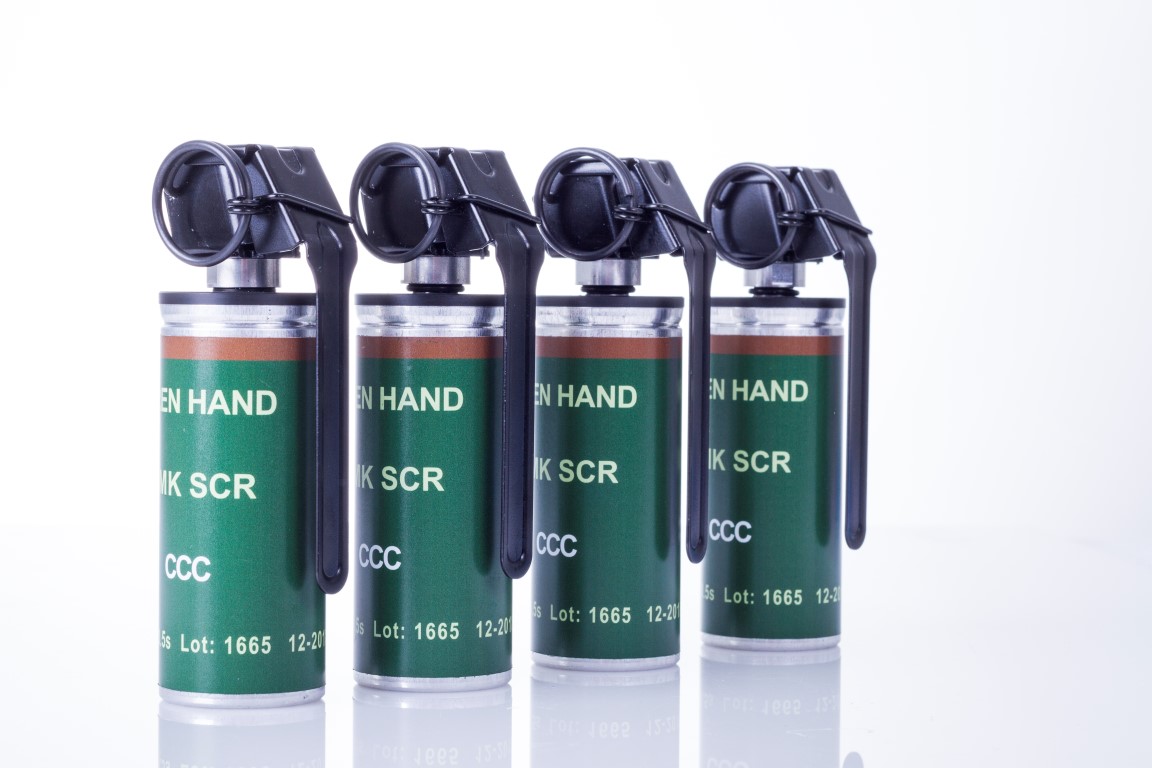 The CTX Screening Smoke Device is designed to produce a dense curtain of smoke to mask the removal or deployment of personnel in tactical and training situations. The body comprises of an extruded aluminium casing and proprietary fly off lever mechanism. The smoke composition is emitted via an exhaust port in the base of the unit.

The CTX Screening Smoke Device features the same three-stage safety ring pull mechanism as is used on the Operational Multi Burst devices. The device is held in the normal manner and pressure is applied upwards to release the ring pull system.

Once released, the pin can then be twisted and is withdrawn in the normal manner. As soon as the grenade leaves the hand, the fly-off-lever is released, allowing the hammer arm to function. The hammer in turn initiates the primer cap, functioning the grenade via the internal delay fuse element. 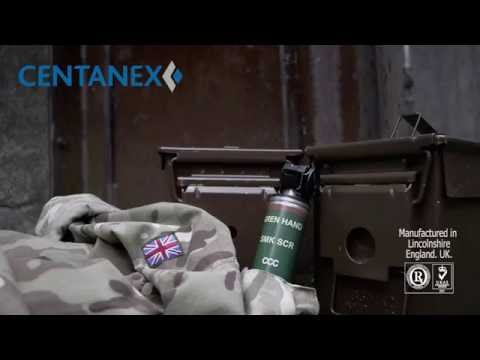